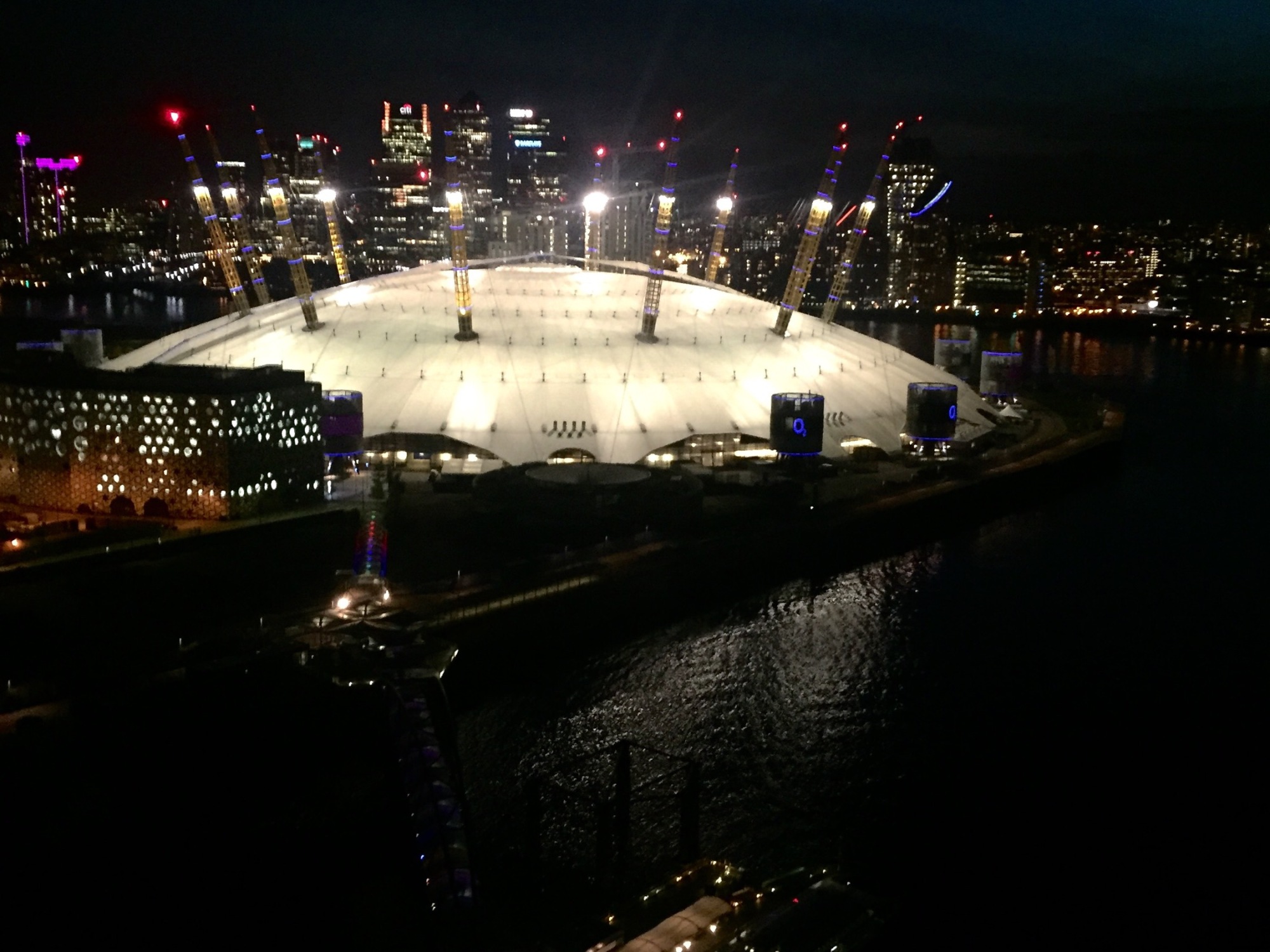 I’m taking a break from Germany blogging to tell you about the Emirates Air Line, London. This is the cable car which was built over the River Thames in London ahead of the 2012 Olympics.

Initially it was billed as additional commuter transportation but due to its location and the fact it isn’t included in a standard London travel card, it has never really been considered a viable commuter option. Instead it is a brilliant and affordable way for tourists and locals alike to check out some spectacular views of London from the Sky.

The Emirates Air Line has two stations or ‘terminals’, one South of the river near to the O2 Arena in North Greenwich and another North of the river, a few minutes walk from the Excel Exhibition Centre.

If you have an Oyster Card, tickets or ‘boarding passes’ cost just £3.40 each way for an adult and £1.70 for a child. This is just a little bit more expensive than a standard tube journey which comes in at £2.90 for a zone one and two fare.

It has been approximately three years since the Emirates Air Line opened and it took me until last weekend to try it. I have no idea why it took me so long – it was such a fun experience and it was excellent to see London from the Sky.

As we were on the cable car at night time, it was tricky to capture the views on camera due to the reflections in the glass, but please trust me that it is worth a trip!